7 Tips to Maximize Your Use of The Shopify API

The Shopify API is a powerful resource that allows you to add additional functionality to any Shopify store. As a store grows in size and complexity, it is important to ensure that you use the Shopify API wisely and effectively.

In this article, I’ll walk you through seven critical tips to maximize your use of the Shopify API. These tips should help your API jobs run faster and more efficiently, so you can make the most out of using the Shopify API.

The first step in maximizing your usage requires that you do some upfront planning on how you will interact with the APIs. That means creating an API usage plan. By mapping out your intended usage upfront, you'll be better suited to identify issues and streamline your efforts.

Your API plan should include:

The Shopify API is built for extracting data quickly. However, for the most part, updates require an API call for each item being updated.

To help manage your API usage, you will need some sort of job scheduler that is capable of: Running jobs concurrently will reduce the total time it takes to complete your jobs as opposed to running them as a series. The Shopify API call limit only allows for two requests per second. However, thanks to its leaky bucket formula, this limit allows bursts up to 40 API calls.

If you are using Ruby, I personally use and recommend Sidekiq as a job scheduler.

Each request to the Shopify API returns the remaining call limit available as a header in the response:

When you run multiple background jobs concurrently, each of those jobs will consume one of your API calls.

When running jobs concurrently, it is not sufficient to only check the header for the remaining call limit, since this limit is being consumed by many workers at the same time.

For example, given this scenario: If all three API calls track their own Call Limit, they would think one API call was still available. All three would attempt to sent the request, but two of them would receive the dreaded 429 - Too Many Requests error.

The less-than-ideal approach would be to just run each job until it hits the 429 - Too Many Requests error. Then you would sleep for some arbitrary amount of time and try again.

A better approach is to use a shared counter to track the remaining calls. This prevents you from wasting time or resources by sending requests to Shopify only to discover there are no API calls available. To implement this approach, each Shopify API call should do the following:

Here is a Ruby example which uses a shared credits_remaining, protected with a Mutex so only one thread can modify it at a time:

To test this functionality, we can spin up 42 threads to hit our limit quickly:

This results in the following output:

It is worth pointing out that this technique is not perfect. Shopify responses may be processed out of order as you can see in the sample output. This would give you an incorrect current total api call limit.

As a result, plan on leaving a bit of a buffer (in the example I used five as a buffer) and adding support to retry failed API calls.

Note: If you are not using Ruby or Sidekiq, you could using something like Redis to track your shared budget counter.

You can maximize your API call budget by using a few simple scheduling techniques:

Scheduling your jobs more efficiently will allow you to spread your workload more evenly throughout the day. Each group of jobs should complete before the next one finishes, or you may end up growing your job queue faster than you can finish it.

5. Only request only what you need

When requesting data from Shopify’s APIs, it is always a good idea to only ask for the specific elements you need. Most API list views have a fields option you can use to limit the information sent back.

For example, if you want to get a list of Product IDs and titles, you can request just those values like so:

This has two main benefits:

In particular, the less work for Shopify is probably the biggest benefit. If Shopify can build the response faster, that should reduce the overall clock time it takes to run each request. This should result in a net increase in your effective API budget.

6. Only update things that changed

Similar to only requesting what you need, you should only send Shopify the fields that have changed.

For example, if you need to update the inventory of variants, you can send just the variant id and inventory_quantity data like so:

Also, notice you can batch update variant data for products, which will also greatly reduce the total API calls to get this job done.

Sending less data will make your API calls return much faster, since Shopify will not need to update many records in it’s database or perform additional processing.

Note: In particular, sending image urls every time will cause a lot of extra work for Shopify to reprocess the same images.

7. Beware of storing data in too many places

As mentioned previously, Shopify streamlines the retrieval of data, but updates require a call for each item being updated. As a result, if you are not careful, you may need to make a lot of extra API calls to update each piece of data.

The most common place this may occur is through the use of metafields. Metafields allow you to store additional data at many places throughout the Shopify API including: Products, Variants, Orders, etc.

To highlight this issue, let’s assume you have a store with 1,000 products, each with five variants. Let’s say you want to store two additional attributes with each variant: Width and Height.

If you add these as variant metafields, this will require:

However, another approach I’ve been using is to store these attributes as a JSON Hash inside a product metafield like so:

The key for the Hash in this example is the variant SKU. This reduces the number of API calls needed to update these values from 10,000 down to 1,000. I’d say that is an impressive reduction.

To obtain values for a specific SKU, you can look it up like so:

This article covered seven critical tips for maximizing your use of the Shopify API. These tips included:

If you follow these as a guideline, you should be able to stretch your Shopify API budget a little further and simplify your overall API usage.

You can access the full code used to create these examples on Github.

What are your favourite tips for using Shopify API? Share them in the comments below.

Want to learn more about building apps for Shopify? Check out our comprehensive list of articles on Shopify App Development and the Shopify API. 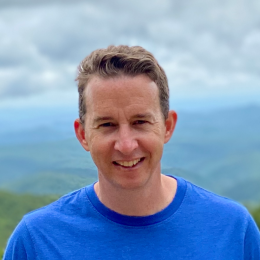 Tom Davies is an entrepreneur currently working on launching a new Shopify app to help merchants showcase and gain insights about their best selling products. You can follow his progress via the weekly updates at the Burst Commerce blog. He is also the founder of the t-shirt search engine Teenormous.com where he's been helping people find great t-shirts since 2008.

How helpful was this page?

How to market yourself and land new work

Tips for delighting and retaining clients

Pricing and payments tips for your business

Advice for becoming your own boss

Everything you need to push creative boundaries

Success stories of those who build on Shopify

Your guide to Liquid and theme development

Your guide to the world of affiliate marketing

How to Build a Shopify App in One Week

Affiliates 101: What is the Shopify Affiliate Program and How Can You Successfully Apply

What is Affiliate Marketing? The Myth vs. Reality

15 Funny Lorem Ipsum Generators to Shake Up Your Design Mockups