Jungalow’s brand, once reliant on other retailers to sell, now stands on its own 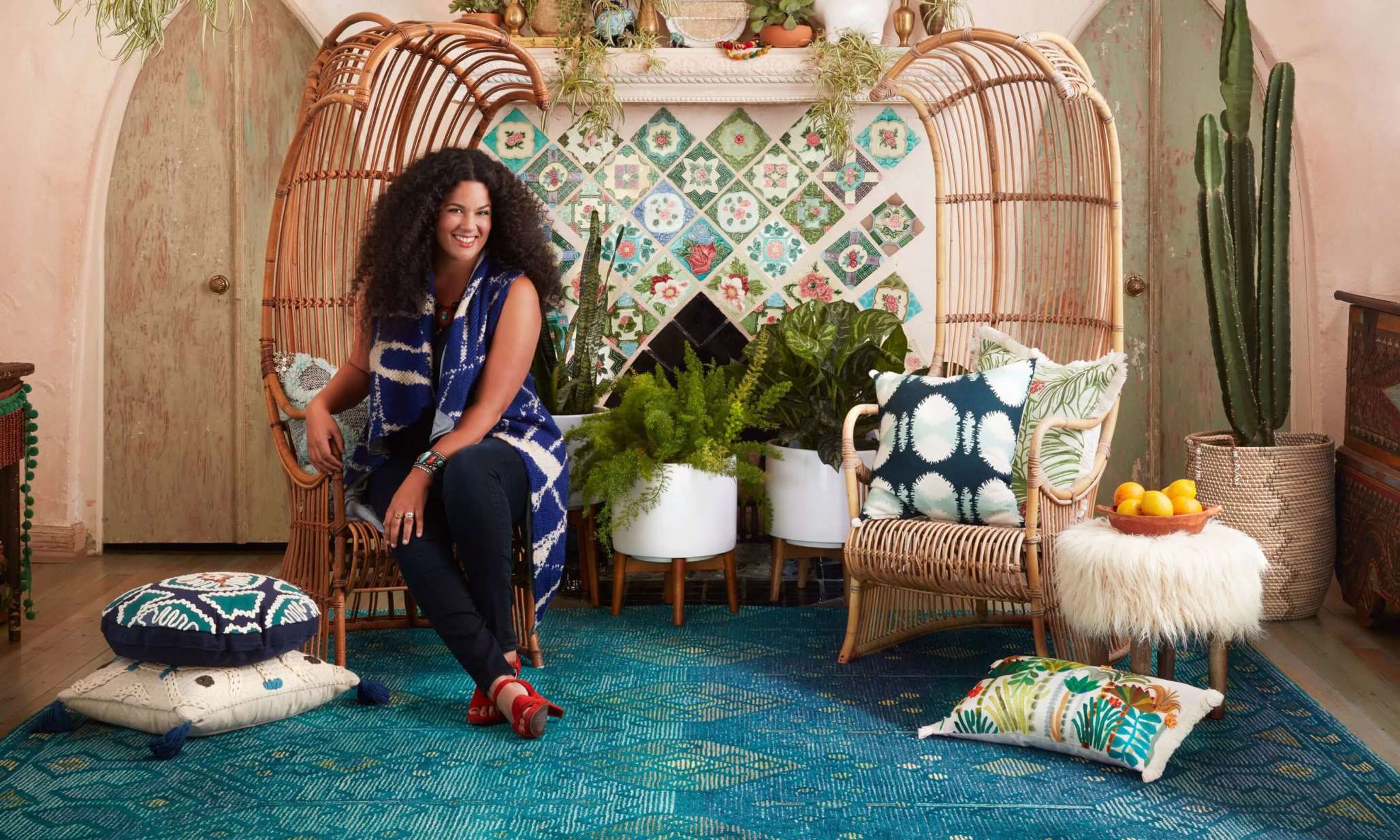 It began as a blog, an outlet for Justina Blakeney to share the ideas and aesthetic that would breathe new life into the bohemian movement. She was an endless forest of creative energy, and within five years the interior designer had formed Jungalow—a curated collection of home goods licensed to retailers like Anthropologie, Target, and Bed Bath & Beyond.

And yet Blakeney saw a future for Jungalow under its own banner, with its own shop and channel for selling its unique wares. In 2017, Jungalow opened its official online store, and as its business grew more complex and required further support, it upgraded to Shopify Plus. With Shopify Plus, Jungalow has enjoyed:

Blakeney was becoming a household name in household decoration, a bona fide social media influencer, a New York Times best-selling author, and an in-demand designer with a flourishing brand.

But she began to wonder what future Jungalow might have on its own. Her products were prominently featured in chic stores like Anthropologie, which was any designer’s dream, though she couldn’t help but worry about another fate for her company. “If our licensing partnerships went away,” she wondered, “what would we be left with?”

She knew she had to take greater control of the Jungalow brand—especially where, and how, it was sold. In 2017, Jungalow opened its online shop, a place finally where Blakeney could curate her customers’ experience from start to finish.

Business took off, and it quickly became apparent that, if Blakeney was to make a lasting legacy for Jungalow online, its business operations ought to improve, too. Its site required a makeover, including a cleaner navigation and a checkout that required fewer clicks for shoppers to complete their purchase. Perhaps most of all, Blakeney needed a better way to turn Jungalow customers into returning Jungalow customers.

Blakeney thought of her grandfather, a successful businessman in his own right. He’d told her that you always need to make uncomfortable decisions in order to grow. “Sooner, rather than later, we were going to need more powerful tools to help us with the shop,” she says.

I was really flattered when I got the email about upgrading to Shopify Plus, because we had only been open a year-and-a-half. I was like, ‘Oh my gosh. We’re already in this tier of being ready to jump up to the next step.

Late in 2018, Jungalow upgraded to Shopify Plus. It was a move the brand did not take lightly, though it was also a move Blakeney was certain it needed for Jungalow to reach the aspirations she held for the business.

At the outset, there was a total overview of Jungalow’s site, a brutal, honest look at where it was strong and where it was not. The end goal: Make Jungalow a lean, mean ecommerce machine.

There were things more complex next. Jungalow wanted a site smoothed of any friction, leading all its customers to a simple, easy buying experience. So features were added, like the ability for shoppers to hover over a product on a collection page to view two images (the first showed the product, plain and beautifully shot on a white background; the next showed the product styled into a room, how it would look in an environment designed by Blakeney herself.) Or there was a click-add feature brought in, too, shortening the path to checkout by allowing shoppers to add products right to their carts from a collection page.

In early 2019, Jungalow unveiled its most ambitious ecommerce strategy to date—its new loyalty program. The JungaLoco club was two things. First, it was a fun way to reward Jungalow’s most frequent shoppers, many of whom began following Blakeney when she was a long-ago blogger without any products yet to sell.

But secondly, the club proved to be a dream for Jungalow’s bottom line. The company’s incentive system shot its returning customer rate through the roof, and its ingenious design (offering even more rewards for those shoppers that posted a photo review of their Jungalow purchase) provided Jungalow some serious social proof, which prefaced significant gains in its conversion rate, as well.

I think it’s cool to know you can start something from zero, and in two years grow to this size without any outside funding.

Approaching the one-year mark since its upgrade, Jungalow is a business transformed.

There are markers, detailed metrics and revenue statements, that Blakeney can hang her hat on to know the move to Shopify Plus was the right one. Jungalow’s conversion rate, thanks to it smoother site performance and incentivized customer review system, is up 12%. Jungalow’s returning customer rate, thanks not only to the quality of its products or customer service team but its hit loyalty program, has increased 26.5% from a year earlier.

And then there are sales. After upgrading, those have jumped 61% year-over-year, too.

But there are other things, other larger ideals that allow Blakeney to sleep as sound as some of her customers might wrapped in a Jungalow woven cotton throw. In the early days of Jungalow’s success, Blakeney’s products were available at some of America’s finest retailers, though that was then the only place they were available.

“We were relying so much on other companies in order to do what we were doing,” Blakeney says. “I see now that people are referring to us as a brand in a way that wasn’t happening even just a year ago.”

People look at our brand and they think that there’s a huge building somewhere with Jungalow on it, with cubicles and 50 people running around. Shopify Plus has shown me you can do a lot with a little.